Just like it is most spring nights, the Grand Forks Gun Club along U.S. Highway 2 west of town was a hopping place Tuesday evening.

More than 50 kids from Grand Forks and Thompson, N.D., schools were on hand to test their trapshooting skills as participants in the burgeoning North Dakota State High School Clay Target League.

Now in its second season, the North Dakota league has 565 students from 23 high school teams across the state sharpening their shotgun skills, learning firearm safety and having fun in the process. That’s a big jump from four teams and 92 students in last year’s inaugural season, making the league the fastest-growing extracurricular activity in North Dakota schools.

“We expect the numbers to double next year based on the amount of inquiries we have received to start new teams,” said John Nelson, vice president of the North Dakota High School Clay Target League.

High school trapshooting started in 2001 in Minnesota with only three teams. This year, the Minnesota State High School Clay Target League has more than 10,000 students from 319 high school teams participating in the program.

“It’s just exploded there,” said Jim Shulind, vice president of the Grand Forks Gun Club and one of the coaches for the Central High School trapshooting squad.

Shulind says he expects the program to gain similar traction in North Dakota, where Grand Forks students this year are competing for the first time. Central this year has 26 shooters, including five from Thompson, and Red River has 27 youth shooters participating.

“Last year, there were three states (with teams), North Dakota being the third state,” Shulind said. “This year, there are 19 states that offer the program and probably another six states coming in again next year. It’s just really taken off. And it’s a great program. I mean, we’ve got the boys and girls shooting together, and we’ve got some slightly handicapped kids shooting. It’s safety and fun and then the competition.”

In addition, 61 students from East Grand Forks and another squad from Stephen-Argyle school shoot at the Grand Forks club as part of Minnesota’s clay target program.

“I’m just grinning now,” Shulind said. “If you count the numbers up, we’ve got 124 youths shooting in the Greater Grand Forks area, which is just super.”

North Dakota, Minnesota and other states with high school trapshooting programs are affiliates of the USA High School Clay Target League, which is a registered nonprofit organization with headquarters in Inver Grove Heights, Minn.

The extracurricular activity operates independently of school programs and funding.

“The school has absolutely nothing to do with it other than letting us use the logo,” Shulind said. “We hope most schools will allow the kids to letter, but as of right now, they haven’t said they will.”

Shulind said the Grand Forks program is open to students in grades 8 through 12 who have completed hunter education, and it costs $250 per student to participate.

The gun club has 22 shotguns available for kids who don’t have their own, Shulind says, and he is writing grant proposals in an effort to offset participation costs.

“We tell the kids, if you don’t have your own gun, don’t go out and buy one until you try some and figure out what works for you,” Shulind said. “Hopefully, the kids will be able to shoot for free next year.”

As part of the league, which began April 3, students shoot 50 targets a week in two 25-shot rounds—five shots from each of five shooting stations—under the supervision of trained coaches and volunteers. The first two weeks are set aside for practice, and the students shoot for score five weeks, with an additional “reserve week” in case inclement weather pre-empts competition one of those weeks.

Tuesday night was the reserve week; scores were kept, but they won’t count if the five regular weeks go on as scheduled.

Conferences are based on team size rather than geographic location, and team scores and overall standings are posted weekly on the league’s website. Because teams shoot at nearby gun clubs, travel costs are minimal.

North Dakota’s season wraps up at the end of May with a fun week and picnic, and the state shoot is scheduled for June 18 at The Shooting Park in Horace, N.D. Every student from participating schools can compete in the state tournament regardless of scores during the regular season.

Opportunity is a key word in shooting sports, said Don Dietrich, a longtime Grand Forks shooting instructor who worked on getting the local high school program established; anyone can participate.

“We don’t worry about Title IX because it’s gender neutral, and it’s handicap neutral,” Dietrich said. “We would gladly welcome kids that are handicapped out here.

“We don’t have tryouts; you don’t cut anybody.” 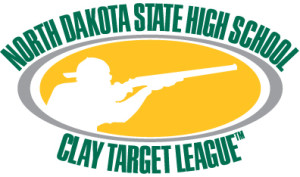 Shulind said a lot of the kids on the Grand Forks teams don’t participate in other sports.

“It’s a sport that the kids who aren’t the fastest or the tallest or the best skaters” can enjoy, Shulind said. “We don’t push the competitiveness as much as the fun. The safety and the fun are the two most important things. Everybody goes to state” if they want to compete.

Hunter Deziel, a Red River sophomore, has been shooting seven years in other shooting programs offered at the gun club.

He has plenty of company among classmates who joined the new high school team.

“A lot of the hunters and people that don’t do spring sports” are on the team, he said. “I’m in football, and I do track. That’s in the spring, too, but I just take one day off a week for shooting.”

“I just didn’t shoot too good today,” he said with a shrug.

Katie Gabik, a Grand Forks Central Senior, has been shooting with her family a couple of years and said she shot a 19 out of 25 in her first round, a score she called “pretty good.”

“My big problem spots were the first station and the fifth station, so I learned to open up more, keep my shoulders up and elbows up,” she said. “We’ll go for 25 the next round.”

Mason Egeland, a Thompson sophomore who’s been shooting about six years, said it took some discussions with school officials to get the program started.

Watching him turn the clay targets to dust, it’s easy to understand why he enjoys the league.

“I’ve been doing pretty good,” he said. “I’ve kept it up in the 20s (every round) the whole time. You always have times when you struggle a bit.”

As the program continues to grow, Dietrich said there’ll be a need for more coaches. Regulations require that coaches be certified and comply with state guidelines as far as qualifications and background checks.

Because of the high school league, Dietrich said summer youth programs will focus on trapshooting instead of sporting clays, which was offered at the Dakota Hunting Club.

The program definitely has been a win-win for the Grand Forks Gun Club, members say.

“We try to keep costs as low as we can,” said Jon Secord, president of the Grand Forks Gun Club and a certified coach. “It’s always been that way with youth; it’s not about making money.

“Will every high school kid out here shoot for the rest of their lives? Yes, probably. But at a gun club? Probably not. But the percentage goes up quite a bit by having this program, and when you move them to the next level, you increase those odds even more.”

Doug Walker, a Red River coach, says he expects the school to build on this year’s 27-student roster next year.

“If the numbers go the way they say they’re going to go, we’ll probably have a third again as many next year,” Walker said. “We’ll get the word out. Some of the kids have friends who are maybe a year younger and will jump in next year.”

“When they start hitting targets, that smile on their face is unbelievable,” he said. “And once they get the sight picture, their scores come up in a hurry.

“You can come out here and have fun for nine weeks and practice your gun safety and your sportsmanship and just have fun.”

Best of all, the fun doesn’t have to end after high school.

Reprinted from the Grand Forks Herald