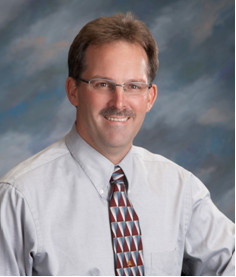 Joe Courneya will help lead 24 high school teams hosting more than 550 student athletes as they participate in in the North Dakota State High School Clay Target League this spring. In addition, Joe will assist schools to form new teams as a school-approved activity. He will be working closely with school officials, coaches, gun club managers, and students while embracing the League’s founding priorities.

Joe has more than 25 years experience in youth shooting sports working with program development in both Minnesota and North Dakota. He has a bachelor’s degree in Agriculture from North Dakota State University, and a master’s degree from the University of Minnesota in Education with a natural resource emphasis. Courneya grew up in Northwest Minnesota, where one of his first jobs as a trap boy for the local gun club. He was also active in trap shooting while in high school, and is an avid outdoorsman and shooting sports volunteer for the National Archery in the Schools (NASP) Program. He currently volunteers as the Minnesota Department of Natural Resources (MNDNR) – Region One NASP trainer/coordinator and coach of the Hawley High School archery team.

Courneya was instrumental in starting the 4-H Shooting Sports and the National Archery in the Schools Programs in North Dakota. He also served on the Minnesota 4-H state shooting sports program development committee. He remains an active shooting sports volunteer for the MNDNR, Boy Scouts, and other community based shooting sports and related natural resource conservation groups. He and his wife Cindy reside in rural Hawley, Minnesota. They have two adult sons Ryan in Fargo, and Trevor in Dickinson, North Dakota.